Citizen of the Month

June 2022 Citizen of the Month -John and Joneric Bruner 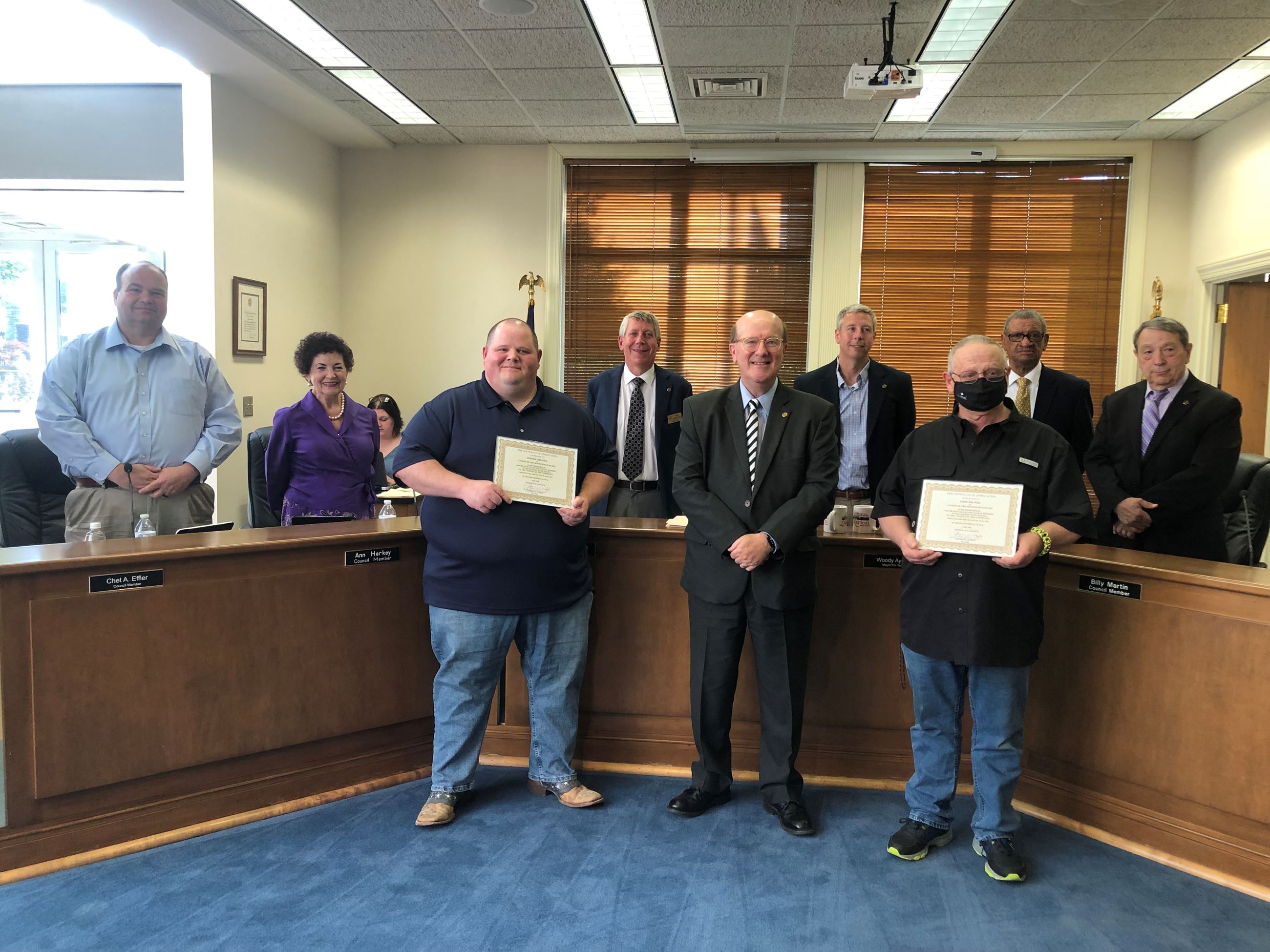 Mayor Steve Little congratulated the Bruners on holding the 2022 WNC Bigfoot Festival. He said the event drew a crowd and went off without a hitch.

Mayor Little thanked them for choosing to have the festival in Marion. He said that he and Council Members had a sense of gratitude for the Bruners, since they helped come up with the idea for the Festival.

Mayor Little said the Bruners had been chosen as Citizens of the month by the Mayor and Council Members for their unique event. He said that everyone thought the recognition was an appropriate one for the duo.

Council Member Ramsey said he was glad Citizen of the Month recognition was back. He said it was nice to bring everyone together again.

Council Member Martin thanked the Bruners for coming up with such a fabulous idea for an event not only for Marion but McDowell County. He stated that he enjoyed helping during the 2023 festival.

Mayor Pro Tem Ayers thanked the Bruners for their dedication to the event. He said their event brought positive recognition to the City of Marion.

City Manager Bob Boyette stated that he enjoyed working the Bruners over the past 4 years. He stated that he appreciated their vision, confidence in the community and all the hard work they put into the event.

Council Member Effler said that he and Mr. John Bruner had worked together earlier in his career. He said he even knew Joneric Bruner as a baby. He said that the Bruners had always had a knack for community and public service.

Council Member Effler stated that he was honored to name the Bruners Citizen of the month.

Patrick Trumble, a member of Bigfoot 911, said that he was humbled to be part of such an extraordinary group. He said he was glad he could help during the event.

McDowell Chamber of Commerce Executive Director Kim Effler said it was incredible how the festival had transformed over the years.

Mr. Joneric Bruner stated that the festival had visitors from 20 different states, and 17 different countries. He said the Bruners were happy to keep the event going in Marion.

Mr. John Bruner stated that community connections were important and that he believe in all for one and one for all. He stated that many of the Council Members present had touched him or his family’s lives in a very positive way.